Skip to Content
Related Articles
Move from one job to another, but only for the right reasons
Balance Sheet of Life
Corporate and Social Life
The Touchstone
2 Monks and A Pretty Lady
Every Vote Counts - Your Vote Can Make All The Difference
Chanakya Quotes - Famous Quotes by Chanakya
Spend Your Money Wisely - A Story Worth Reading
7 Destructive Habits of Incompetent People
Speech by Chetan Bhagat at Symbiosis 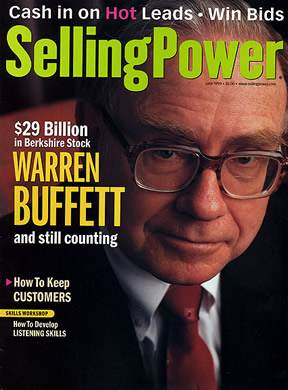 There was a one hour interview on CNBC with Warren Buffet, the third richest person in the world as of April 2007, behind Microsoft co-founder Bill Gates and Mexican telecom magnate Carlos Slim. In June 2006, he made a commitment to give away his fortune to charity, with 83% of it going to the Bill and Melinda Gates Foundation. The donation amounts to approximately $30 billion. Buffett's donation is said to be the largest in U.S. History. At the time of the announcement the donation was enough to more than double the size of the foundation.

His annual salary of about $100,000 is tiny by the standards of senior executive remuneration in other comparable companies. In an interview on CNBC, he mentioned that his annual salary is equal to the price of the Berkshire Hathaway Class A share price.

Here are some very interesting aspects of his life.