Origin and Names of the 50 States of USA

You know the names of all 50 US States but do you know where their names came from? Here is the best information we could find on the origin of each state name. 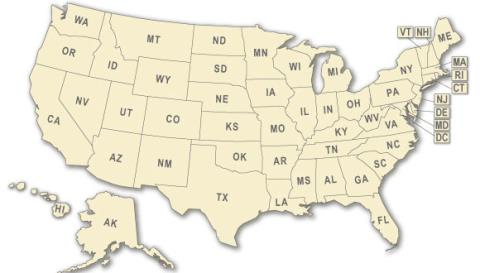