A dream is a certain reality, and reality is a certain dream. The best thing about a dream is, when you wake up, it’s over. Here are some interesting facts about dreams. 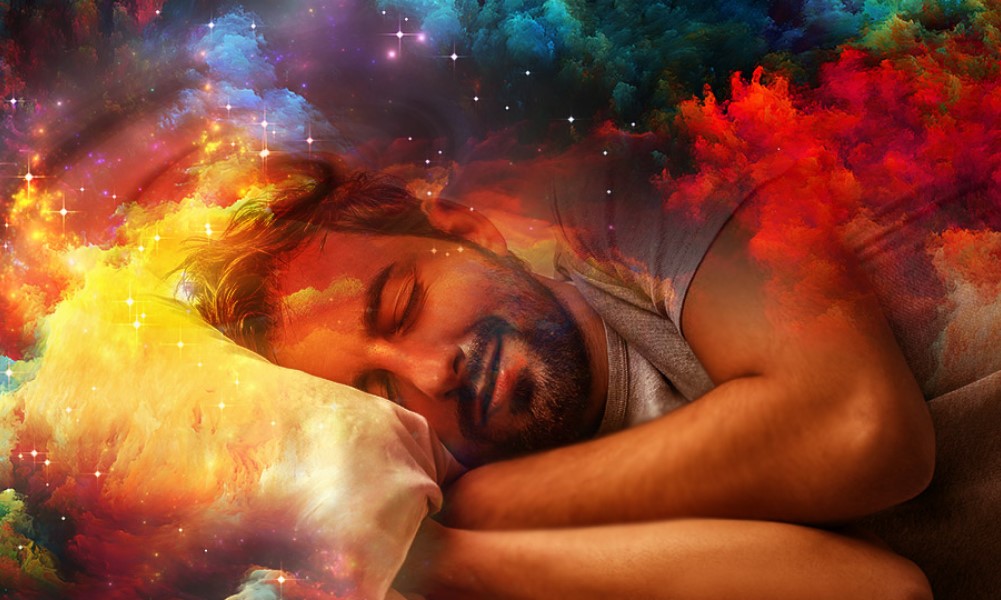 Go to sleep on a problem

Dreams help us sort out our emotions. If you don't believe me then think how many times have you gone to sleep with an emotional problem on your mind and when you wake up that problem has gone entirely.

Dreams concentrate on defining moments in our thoughts. That moment when we feel a friend who we previously trusted who now may not be seen as loyal. Our dream mind concentrates on such moments so try to look out for them. If you have a dream about that time its likely to be about that defining moment when we mastered a skill. It?s that moment when we realized that the injury to a leg is just not healing as fast as it should so maybe we should go to the doctor about it rather than just let it heal by itself. Such moments like that define changes in our thoughts.

Conceptual thought is at home only in the dream mind

The unconscious mind is the home of the dream mind. It is where all our conceptual thinking takes place. That is where we decide the bigger picture... it?s where we form our emotional, political, intellectual and ethical thoughts. If you detect changes in your higher thoughts expect these to come out in dreams.

Analyze your thoughts not your dream

Instead of analyzing your dream try looking at what you thought, what you saw, the arguments you had and the things you learnt the day before the dream. Your dream is very likely to be about one of those. So look for clues. If there was only one emotional issue on your mind and the dream seems about emotion then you are virtually home and dry. Then look for some, more clues to connect the two together. It's a simple and very effective method.

A man has a car crash, breaking both legs. The first thing he sees is a child who, in the commotion has spilled her ice cream, and is now crying because of it. If the man had a premonition of this incident the dream would probably be about the child's ice cream. That is the thing that sticks in his mind - imprinted in his memory. The crash itself would probably be ignored.

Many people see dreams as a clear path to what they should do. Dreams do show our deep thoughts on issues. But do not look for clear yes or no. The very fact that you?re dreaming about an issue shows that your emotions are unclear. The dream mind - like the waking mind can also be confused and undecided.

Dreams have two types of meanings. A general meaning where the message of the dream is told as a symbolic story. But dreams also have an individual meaning which is specific to the dreamer. Only the dreamer will know that meaning. So you must compare the general message to your own emotions and circumstances.

Emotions of the dream

Premonitions are snapshots of feelings and emotions you felt in situations. That could be the sense of being crammed in like sardines in a lift; the urge to laugh when you see an extremely tall man next to a very short man; and anything else that is extremely odd and sticks in the mind.

Only you can interpret your dream properly

There is only one person who can really interpret a dream - YOU. Often symbolic meanings are quite specific. Dream dictionaries may interpret rats as vile and disgusting creatures...but you may have a pet rat. So your own symbolic meaning maybe completely different than what others expect. So try to work with an interpreter adding as many useful details as possible.

When your boss finds out you have fallen asleep at work; just tell him that sleep is the only time your neuronal gates open up. The brain crams all information about learning new tasks into sleep time ? that is why when you wake up you are more competent with any task you have been learning. So sleep actually helps you work more productively.

The mind has two perfect brains but they work in an entirely different way. The unconscious sees the bigger picture...it spots patterns. The conscious mind is more logical and systematic specializing in math and logic. Dreams help us to take information from both sides. They balance the two sets of information.

Dreams are the only time certain brain activities take place. We need to dream - that is why sleep deprivation is so dangerous. Dreams and the resulting theta waves they create sort out our memories, help us form new opinions, learn new tasks and update our emotional outlook. These activities only take place during sleep allowing all neuronal gates to open up.

What is on your mind?

Dreams are about what?s on your mind. So think... what is on your mind? Your dream is probably about that! Look to the thoughts which dominated your mind the day before the dream.

Dreams come from our unconscious minds. They represent us thinking about current and often mundane little day to day issues. Yet they are difficult to decipher because they are made in a language akin to sign language. The unconscious only understands symbols.... but yet all the dragons, underground caves and other symbols from our dreams are the building blocks of our brains highest thoughts. Grand concepts are made here - along with all our emotional thoughts.

Thoughts which need a bit of work on

Dreams are about the complexities of our thoughts. They do not say do we like Pizza or do we not like pizza. Instead they are about in what circumstances we like pizza and what type of pizzas we like. They can also show just how much we like pizza. They are therefore not about black and white issues but issues which are in several shades of grey. Dreams therefore are about issues which we are unsure about. So if we are sure we like pizza then why would we dream about it? There is no point. We dream about things which need a bit of work on... which we need to think about.

It?s not likely to be about what it?s about?

If you dream about some particular subject it is not often that the dream is about that. Dreams speak in a deeply symbolic language. The unconscious mind tries to compare your dream to something else which is similar. Its like writing a poem and saying that a group of ants were like machines that never stop. But you would never compare something to it. e.g. "That beautiful sunset was like a beautiful sunset". So whatever symbol your dream picks on it is most unlikely to be a symbol for itself.

Dreams are just thoughts on issues in our lives

Actually dreams are just thoughts like other thoughts, it's just that they are written in this strange language of association that the dream mind uses.... anything you think about gets an airing here... especially conceptual thinking and emotional thinking. Dreams are the movies of the brain... some are simple movies which deal with your thoughts about yesterday... others are learning movies which deal with new ideas and concepts... others deal with telepathy and premonitions... dreams deal with every level of consciousness within your brain.

Dreams are not vague messages

Many people think dreams are messages about how you are "going to meet a tall dark stranger". But actually dreams are more likely to have a message like "I said this to her and she said something about my boyfriend and I did not like that as she was being disrespectful and anyway she doesn't even know him properly"

Weave the symbols together

Dream symbols are just clues. For instance a secret agent in a dream means the dream will feature some idea involving that... secrets within you... or secrecy within others... The dream may also feature a bathroom - a symbol of frustrations. So then you have to weave these various themes together. Perhaps you are frustrated because of secrecy in others... or because of your own secrecy... or others are secretly frustrated at you. A dream will give clues to the themes of the dream but it up to you to weave and weld these together into a coherent message... that leaves plenty of room for error

Often you will get the same dream twice in the same night but with a different outcome. This is because dreams are about difficult subjects in your life. They are about subjects which one minute you may decide one course of action and the next minute a completely different way. Such dreams are weighing up the big issues in your lives. They are about issues of trust. Do you trust someone? Or don't you trust them? Think of issues like that. Dreams are where such debates are played out.

Spotting the issues that you will dream about

Dreams use a symbolic language a bit like sign language If your dream is about being a bit tired then that is very easy to put into symbols However, if your dream is about you wondering if you are tired because of relationship problems or because of stress you have been put under at work then the dream symbols needed are likely to be very strange and complex But still you may get some clues But many dreams are about such issues Look for them in your life They surely will appear in your dreams Dream interpretation is as much about spotting the likely issues that will come up.